Martin Feldstein is the George F. Baker Professor of Economics at Harvard University, president and CEO of the National Bureau of Economic Research, and former chairman of the Council of Economic Advisers for President Reagan. He is the author and editor of many books, including International Capital Flows and Privatizing Social Security, both published by the University of Chicago Press.

Jeffrey B. Liebman is an associate professor of public policy at the John F. Kennedy School of Government at Harvard University and is a faculty research fellow of the National Bureau of Economic Research. He previously served as special assistant to President Clinton for economic policy and coordinated the administration's social security reform working group. 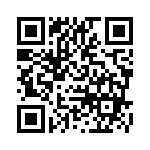