Steven M. Friedson is Regents Professor of Music and Anthropology at the University of North Texas and the author of Dancing Prophets: Musical Experience in Tumbuka Healing, also published by the University of Chicago Press. 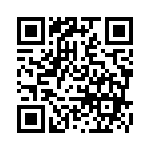