Arnold Goldberg, M.D., is training and supervising analyst at the Institute for Psychoanalysis in Chicago, and the Cynthia Oudejan Harris MD Professor of Psychiatry at Rush University Medical School. He is the author of The Problem of Perversion; Being of Two Minds: The Vertical Split in Psychoanalysis and Psychotherapy; and Misunderstanding Freud. 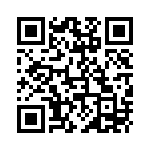