Jonathan Mayhew is professor of Spanish at the University of Kansas. He is the author of four books, most recently of The Twilight of the Avant-Garde: Spanish Poetry, 1980–2000. 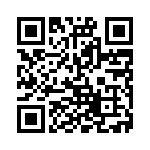