Henry Spiller is associate professor of music at the University of California, Davis, and the author of Focus: Gamelan Music of Indonesia. 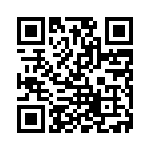