His publications include India: In Search of Good Governance (2001); To Chase a Miracle: A Study of the Grameen Bank of Bangladesh (1987); Administrators in A Mixed Polity (1981); Public Policy and Global Reality (1977); Portraits of Thai Politics (1972); Democracy and Nationalism on Trial: A Study of East Pakistan (1968); Security in the Missile Age (1967); and Transfer of Power in Indonesia 1942-49 (1967). He has co-authored and edited several books and has published important articles in national and international journals. 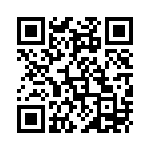