72 other sections not shown

Alvin Toffler was born in New York on October 4, 1928. He received a degree in English from New York University in 1950. While in college he helped register black voters in North Carolina. After graduating, he moved to Cleveland, Ohio with his wife Heidi and took a production job in a factory. He learned to weld and repair machinery. In 1954, he became a reporter for Industry and Welding. He went on to become a reporter for Labor's Daily and then as a labor editor and columnist for Fortune magazine. He left Fortune in 1962 and began a freelance-writing career covering politics, technology, and social science for scholarly journals and writing long interviews for Playboy magazine. He wrote 13 books during his lifetime including Future Shock, The Third Wave, and Powershift. He received a career achievement award in 2005 from the American Society of Journalists and Authors. In 1996, he and his wife formed Toffler Associates, a global forecasting and consulting company. He died on June 27, 2016 at the age of 87. 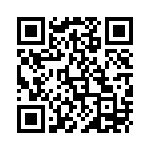