Caroline Levine is David and Kathleen Ryan Professor of the Humanities at Cornell University. She is the author of The Serious Pleasures of Suspense and Provoking Democracy. 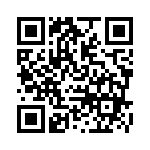