When I ordered this product for some reason I thought I had selected the DVD. When the book arrived I was extremely surprised but in the best kind of way! This is an amazing book that has really affected me and I recommend it to any and everyone! Read full review

This story has to really be one of the best books i have ever read i really like this book so much. the book is about three girls trying to make it in the Hollywood scene, thier names are Anne,Neely, and Jennifer. When you read this book just know that in the end you are in for a treat. Read full review

Jacqueline Susann left her hometown of Philadelphia at eighteen and moved to New York where she acted extensively and won the Best Dressed Woman in Television award four times. But it was the success of her three blockbuster novels--Valley of the Dolls, The Love Machine and Once Is Not Enough--that transformed her into the Pucci-clad media superstar we remember today. Jacqueline Susann was married to producer Irving Mansfield. She died in 1974. 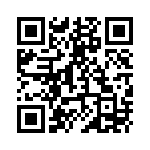