Julie Whitesel Weston practiced law for many years in Seattle, Washington. Her short stories and essays about Idaho, mining, skiing, and flyfishing have been published in Idaho Magazine, the Threepenny Review, River Styx, and other journals and in the anthology Our Working Lives. She and her husband now divide their year between Seattle and Hailey, Idaho. 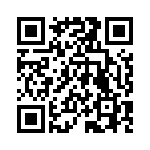