James Bellacqua is an Asia security analyst with the CNA Corporation and has served as a Chinese media analyst and linguist for the Foreign Broadcast Information Service. 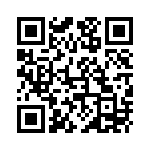