Nat Segaloff is a writer, producer, teacher, and journalist. His writings have appeared in Film Comment, the Journal of the Producers Guild of America, and American Movie Classics Magazine. He is the author of Hurricane Billy: The Stormy Life and Films of William Friedkin and coauthor of Love Stories: Hollywood's Most Romantic Movies. He lives in Los Angeles, California. 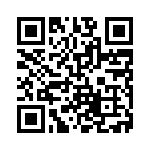