Joseph A. Fry is Distinguished Professor of History Emeritus at the University of Nevada, Las Vegas. His most recent books include Dixie Looks Abroad: The South and U.S. Foreign Relations, 1789--1973 and Debating Vietnam: Fulbright, Stennis, and Their Senate Hearings. 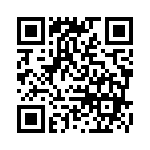