Andrew R. H. Thompson is assistant director of the Center for Religion and Environment and postdoctoral fellow in environmental ethics at Sewanee's School of Theology. He has contributed chapters to The Changing World Religions Map: Sacred Places, Identities, Practices, and Politics; Life-Widening Mission: Global Anglican Perspectives; and Edinburgh 2010: Mission Today and Tomorrow. 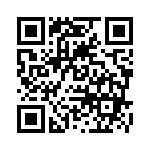