Christine Leteux is the author of Albert Capellani: Cineaste du Romanesque. She has translated a number of works, including Kevin Brownlow's The Parade's Gone By, Napoleon: Abel Gance's Classic Film, and How It Happened Here, and also worked as a researcher for the documentary Natan. 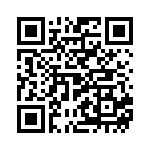