Some have called Harry Langdon (1884–1944) the "fourth king of silent comedy," just behind Charlie Chaplin, Buster Keaton, and Harold Lloyd in the pantheon. Noted for his sad, childlike face and a ... Read full review

Mabel Langdon (1906--2001) was the wife of Harry Langdon. She promoted his legacy through international appearances at film retrospectives and in interviews. 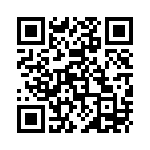