Dava Guerin is the author or coauthor of six books, including Rebuilding Sergeant Peck, Vets and Pets, and Unbreakable Bonds. She is a communications consultant and freelance writer and previously served as communications director for the US Association of Former Members of Congress in Washington, D.C. She is an active supporter of Barbara Bush's Foundation for Family Literacy and the Gary Sinise Foundation. She lives in Sarasota, Florida. 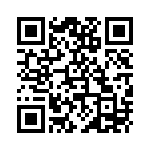