Leopold Sedar Senghor was born in 1906 in Joal, Senegal and educated in Senegal and France. From 1960 to 1981 he was president of the Republic of Senegal, and in 1983 became the first African and only black intellectual elected to the French Academy. Melvin Dixon (1950-1992) was a Professor of English at Queens College, City University of New York, and the author of Vanishing Rooms, Trouble the Water, Ride out the Wilderness, and Change of Territory. 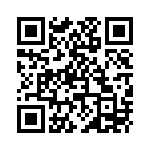