Ann J. Lane, Professor of History and Director of Women's Studies at the University of Virginia, is the author of Mary Ritter Beard: A Sourcebook and The Brownsville Affair: National Outrage and Black Reaction. She also edited The Charlotte Perkins Gilman Reader and an edition of Herland. 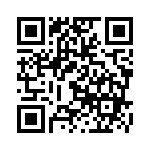