Creationism on trial: evolution and God at Little Rock

This fascinating work documents theologian Gilkey's participation as an expert witness in the 1981 trial over the constitutionality of the Arkansas law requiring that creation science be taught ... Read full review

Born in Chicago, Langdon Gilkey received his B.A. at Harvard University (1940) and earned a Ph.D. at Columbia University (1954). He has been a Fulbright scholar at Cambridge University (1950--51) and has been awarded two Guggenheim fellowships, the first to Germany in 1960--61, and then to Rome in 1965. Gilkey is currently a professor of theology emeritus at the University of Chicago Divinity School. Gilkey's pedagogical concern is in examining the place of religion within a secular culture. With the prevailing appearance of religious sentiments such as fundamentalism, cult practices, meditation, and private ideology, he notes religion to be very much an aspect of our scientific and technological age. The question for our age, Gilkey says, will be "not will religion survive, as much as will we survive and with what sort of religion, a creative or demonic one? 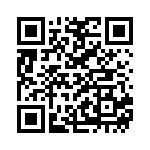