Ineke van Kessel is a researcher at the African Studies Centre in Leiden, The Netherlands. 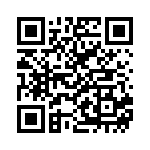