looks like it mentions him trying tocontrol alcohol in wilson

Mark E. Neely Jr., McCabe-Greer Professor of Civil War History at the Pennsylvania State University, won a Pulitzer Prize in history for his book The Fate of Liberty: Abraham Lincoln and Civil Liberties. He is also author of The Last Best Hope of Earth: Abraham Lincoln and the Promise of America. 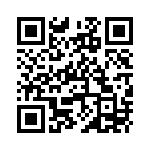