Solid book on the views on the relationship between power and liberty held by four founding fathers. Some of his arguments are a bit of a hard sell (for instance, that Madison is much more consistent ... Read full review

James H. Read is Associate Professor of Political Science at the College of St. Benedict and St. John's University of Minnesota. 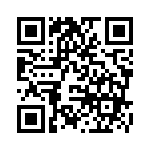