Kathryn H. Fuller is Associate Professor of History at Virginia Commonwealth University and the coauthor of Children and the Movies: Media Influence and the Payne Fund Controversy. 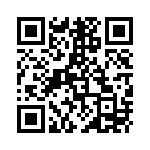