I recomend this to all young children from ages 12 and up. Its a nice book to read.

Christopher Metress, Associate Professor of English at Samford University, is the author of The Critical Response to Dashiell Hammett. 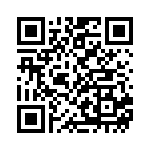