The Haitian novelist Jacques Stephen Alexis (1922-1961) had already gained international recognition for his four works of fiction when he returned to Haiti from Cuba in 1961 as part of a small invasion force. He disappeared and presumably died at the hands of Duvalier's Tontons Macoutes.

Carrol F. Coates, Professor of French and Comparative Literature at Binghamton University, State University of New York, has translated many works of francophone literature, among them Alexis's General Sun, My Brother (Virginia).

Edwidge Danticat won the American Book Award for The Farming of Bones and was a National Book Award nominee for Krik? Krak! 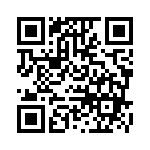