Zhaoming Qian, Professor of English at the University of New Orleans, is the author of Orientalism and Modernism: The Legacy of China in Pound and Williams and the editor of Ezra Pound and China. 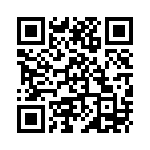