Walter Jost, Professor of English at the University of Virginia, is the author of Rhetorical Thought in John Henry Newman and has coedited several books, most recently (with Wendy Olmsted) A Companion to Rhetoric and Rhetorical Criticism. 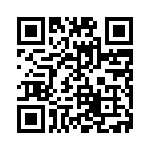