Robert D. Denham, John P. Fishwick Professor Emeritus of English at Roanoke College, is the author or editor of numerous books on Northrop Frye, including several volumes of the Collected Works. 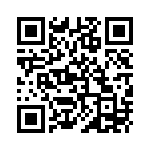