Were Pilate, and his wife Procula, saints, as the Coptic Church believes? Pilate could easily, as described in this novel, have pardoned Jesus, allowing him to die in obscure old age as a revered ... Read full review

Roger Caillois, 1913-1978, philosopher, writer, and Académie française laureate, was the author of numerous works of anthropology, sociology, psychoanalysis, art, and literary criticism, and the cofounder, with Georges Bataille, of France's College of Sociology for the Study of the Sacred. Ivan Strenski is Professor and Holstein Endowed Chairholder in the Department of Religious Studies at the University of California, Riverside, and the author or editor of several works, including Contesting Sacrifice and Thinking about Religion. 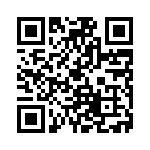