Benjamin Schreier is Malvin and Lea Bank Assistant Professor of English and Jewish Studies at Penn State University. He is the editor of Studies in Irreversibility: Texts and Contexts. 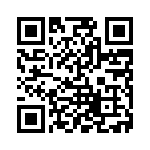