It wasn't what I expected, but then I didn't realize that the author was a law professor. This is much more of an analysis of historical interpretation and a legal argument than a history. That said, it was a surprisingly interesting and quick read. Read full review 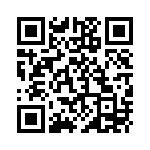