Paula Willoquet-Maricondi is Associate Professor of Media Arts at Marist College and coeditor of the revised edition of Peter Greenaway's Postmodern / Poststructuralist Cinema. 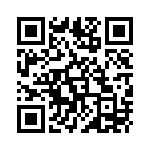