Judith K. Major, Professor of Landscape Architecture at Kansas State University, is the author of To Live in the New World: A. J. Downing and American Landscape Gardening. 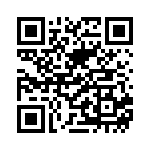