Micheline Nilsen is Associate Professor of Art History at Indiana University South Bend. She is the author of Railways and Western European Capitals: Studies of Implantation in London, Paris, Berlin, and Brussels. 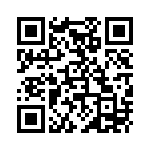