James J. Donahue, coeditor with Derek C. Maus of Post-Soul Satire: Black Identity after Civil Rights, is Associate Professor of English and Communication at the State University of New York at Potsdam. 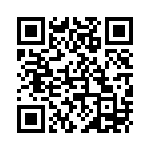