Benjamin C. Ray is Professor of Religious Studies at the University of Virginia. He is the Director of the award-winning Salem Witch Trials Documentary Archive and an associate editor of Records of the Salem Witch-Hunt. 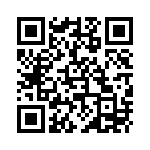