Peter Brown, Emeritus Professor of History at Princeton University, is the author of The Ransom of the Soul: Afterlife and Wealth in Early Western Christianity and Through the Eye of a Needle: Wealth, the Fall of Rome, and the Making of Christianity in the West, 350-550 AD. 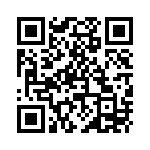