Roxanna Nydia Curto is Assistant Professor of French and Spanish at the University of Iowa. 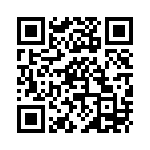