Giles Gunn, author of Ideas to Live For: Toward a Global Ethics (Virginia), among other books, is Professor of English and of Global Studies at the University of California, Santa Barbara 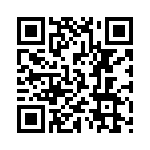