Brian J. Daugherity is Associate Professor of History at Virginia Commonwealth University and the author of Keep On Keeping On: The NAACP and the Implementation of Brown v. Board of Education in Virginia (Virginia).

Brian Grogan is founder and director of Mercy Seat Films and producer of the documentary They Closed Our Schools. 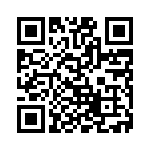