Edward Watts is Professor of English at Michigan State University and author of In This Remote Country: Colonial French Culture and the Anglo-American Imagination, 1780-1860, among other books. 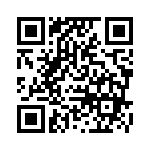