George Washington was born in Westmoreland County, Va., on Feb. 22, 1732. His father died in 1743, and Washington went to live with his half brother Lawrence at Mount Vernon. He was appointed surveyor for Culpeper County in 1749. Washington's brother died in 1752 he ultimately inherited the Mount Vernon estate. Washington first gained public notice when, as adjutant of one of Virginia's four military districts, he was dispatched in October 1753 by Govenor Robert Dinwiddie on a fruitless mission to warn the French commander at Fort Le Boeuf against further encroachment on territory claimed by Britain. Discouraged by his defeat and angered by discrimination between British and colonial officers in rank and pay, he resigned his commission near the end of 1754. The next year, however, he volunteered to join British general Edward Braddock's expedition against the French. In 1755, at the age of 23, he was promoted to colonel and appointed commander in chief of the Virginia militia, with responsibility for defending the frontier. In 1758 he took an active part in Gen. John Forbes's successful campaign against Fort Duquesne. Assured that the Virginia frontier was safe from French attack, Washington left the army in 1758 and returned to Mount Vernon, directing his attention toward restoring his neglected estate. With the support of an ever-growing circle of influential friends, he entered politics, serving from 1759 to 1774 in Virginia's House of Burgesses. After 1769, Washington became a leader in Virginia's opposition to Great Britain's colonial policies. As a delegate to the First and Second Continental Congress, Washington did not participate actively in the deliberations. In June 1775 he was Congress's unanimous choice as commander in chief of the Continental forces. Washington took command of the troops surrounding British-occupied Boston on July 3, 1775. After the war, Washington returned to Mount Vernon. He became president of the Society of the Cincinnati, an organization of former Revolutionary War officersand in May 1787, Washington headed the Virginia delegation to the Constitutional Convention in Philadelphia and was unanimously elected presiding officer. After the new Constitution was submitted to the states for ratification and became legally operative, he was unanimously elected president in 1789. Washington was reelected president in 1792. By March 1797, when Washington left office, the country's financial system was well established; the Indian threat east of the Mississippi had been largely eliminated; and Jay's Treaty and Pinckney's Treaty with Spain had enlarged U.S. territory and removed serious diplomatic difficulties. Although Washington reluctantly accepted command of the army in 1798 when war with France seemed imminent, he did not assume an active role. He preferred to spend his last years in happy retirement at Mount Vernon. In mid-December, Washington contracted an illness; he declined rapidly and died at his estate on Dec. 14, 1799. 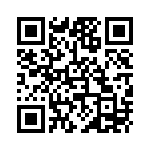