Sandra L. Dahlberg is Professor of English at the University of Houston-Downtown and the coeditor, with Vivyan Adair, of Reclaiming Class: Women, Poverty, and the Promise of Higher Education in America. 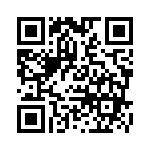