Dianne Harris is an architectural historian and director of the Illinois Program for Research in the Humanities at the University of Illinois, Urbana-Champaign. She is the author of The Nature of Authority: Villa Culture, Landscape, and Representation in Eighteenth-Century Lombardy and the editor of Second Suburb: Levittown, Pennsylvania, among other books. 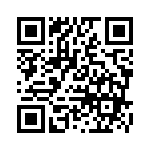