John Harwood is assistant professor of modern and contemporary architectural history at Oberlin College. He is the author, with Janet Parks, of The Troubled Search: The Work of Max Abramovitz and, with Jesse LeCavalier and Guillaume Mojon, of This Will—This. 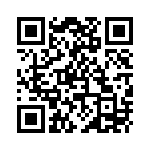