Wendy Cheng is assistant professor of Asian Pacific American studies and justice and social inquiry in the School of Social Transformation at Arizona State University. She is coauthor of A People's Guide to Los Angeles. 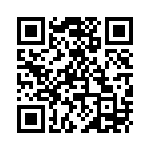