Lundy Braun is Royce Family Professor in Teaching Excellence, professor of medical science and Africana studies, and a member of the Science and Technology Studies Program at Brown University. 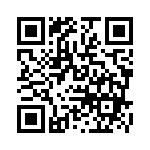