Michael Maizels earned his PhD in art history from the University of Virginia. He is Mellon New Media Curator/Lecturer at the Davis Museum of Wellesley College. 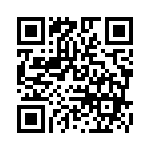