Matthew J. Cressler is Assistant Professor of Religious Studies at the College of Charleston. 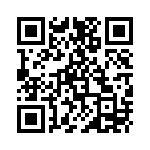